One of the great things about retirement if you manage to make it that far… comfortably… is being able to dedicate all the time you want to a particular endeavor. En route to my retirement, I encountered many people who said they didn’t know what they were going to do with themselves when they retired. I always responded that I would be happy to take their place as I had an endless list of things I wanted to pursue that would easily occupy my time… for the rest of my life. I would probably have to borrow time in order to accomplish all my goals.

Well, no one made me that deal so I just had to wait until it was my turn. Then the most horrifying thing happened. All those stories I heard about people who barely made it to their retirement and suddenly became seriously ill or died — that was me, or almost me. Shoot! That’s not fair!! Ah, but as my 30-something high school English teacher emphatically declared to us every time we complained, “Life is not fair.” She should have known (though we didn’t at the time). A few short years later she died of cancer. She always delivered that line rather matter-of-factly as though you just had to accept it. I try to remember her words of wisdom when life becomes difficult.

I have been fortunate to make my way out of the mire and though it sometimes feels like an uphill battle, I seem to be hanging in there. And, the best medicine, second only to regular trips to the gym, is doing the things I love and learning new things. I spent over half a century in school in one role or another and there’s a reason for that. I LOVE LEARNING.

I had a rather unusual childhood in that I was rarely around other people my age when I wasn’t at school. We moved often and lived in neighborhoods where children were few. My brother who is 10 years older than I am, went off to college when I was 9 so I pretty much grew up as an only child. That was actually quite fine with me. I mean, I got all the attention. Who could complain about that? My mom wanted to make sure I had plenty of ways to constructively occupy myself and she was a big believer in hobbies — something I’ve discovered children don’t seem to have many of these days. I think my mom would have considered her own biggest hobby reading so of course, she instilled a love of reading in me beginning with the iconic Dr. Seuss. She would probably say that she had little time for anything else and, in fact, she acquired most of her books long after I left home. My mom did not like to cook. She did it because she had to and she was not about to teach me. However, she encouraged me to learn a lot of things she didn’t know how to do that I was interested in… sewing being the primary one. 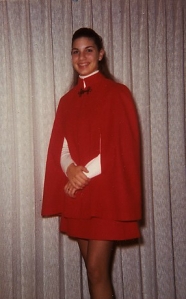 I always loved making things and I began by making elaborate wardrobes for my trolls (you remember those, right?) when I was about 9. When I was 12, I developed an interest in sewing. I attended one Saturday class with a lesson in making a skirt in order to complete a Girl Scout badge and the rest, as they say, is history. That year I convinced my parents to buy me a sewing machine which my mom was sure I would never use and ended up spending the summer making my entire 7th grade wardrobe. Along with languages, apparently I had a knack for that too — both skills taking root and blossoming at the same time.

I even got a chance to pay back that original sewing lesson experience when I taught 20 girls to make skirts in a week-long mini-course at my middle school. That was extremely rewarding.

Over the years, I’ve dabbled in a variety of other crafts — embroidery, cross stitch, knitting, and t-shirt painting — oh so big in the 90’s. I have entire photo albums dedicated to pictures of my children wearing every painted t-shirt theme imaginable. And there was some serious jewelry making for a time. Several years ago, I picked up knitting again but didn’t have much guidance and just knitted a million scarves using the basic knit/garter stitch. I barely knew there was anything else. Online instructional videos hadn’t

really made the scene yet. Plus I was so busy teaching and constantly learning other stuff for work, I just didn’t have the time or inclination to get serious. Last fall, I decided to delve into it once more and what a difference having so much time to devote to it. Suddenly, a whole new world of knitting opened up to me. Since then I have devoured many types of projects constantly challenging myself to take the next step up the ladder. I have learned all about needles, yarns, stitches, and patterns and reveled in my successes. I see no end in sight except for what my aching hands will allow.

Of course, it would be silly to think I would stop there. Recently, I saw a car with a license plate frame that read, “This car stops at all quilting stores.” It reminded me how annoyed I have been in the past few years to watch my local sewing store turn into nothing but a craft store with a major focus on quilting — so difficult to find quality fashion fabrics to use in making finely finished garments. Ironically, the moment I saw this car’s bold statement, I thought, “Maybe I should check that out.” That same day, I picked up several quilting books at the library, started making a list of tools I needed to buy, found an excellent online video lesson, and made plans for my first projects. So crazy!! But I am loving it and loving life and I think that’s what’s important. 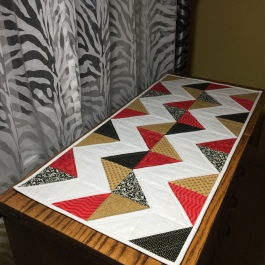 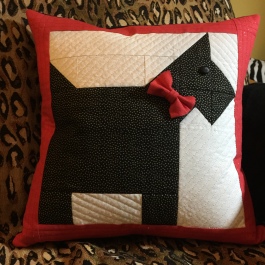 So as I prepare to celebrate my 2-Year Retirement Anniversary, my creative adventures continue. Who knows where the road will lead next?