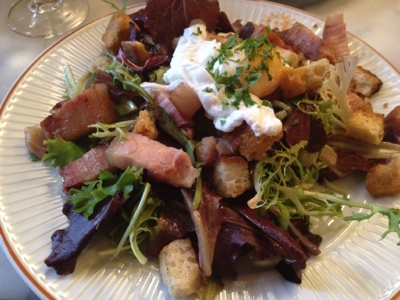 Our transition from the Alps to Provence led us to a one-night stay in Lyon, the second largest city in France. Lyon is unique for many reasons. It is an strange mix of old and new since the Nazi’s did their best to destroy everything on their way out in 1944. It has one of the most efficient and environmentally friendly transportation systems anywhere with electric buses, a tramway, Metro, pedal taxis for short trips, and over 1,000 city-owned bikes available for use at various locations.

Lyon, not Paris, is truly the City of Light. On December 8, 1852, a golden statue of Mary was placed atop the Basilica of Notre Dame. Everyone in the city welcomed her by lighting candles in their windows. This became a tradition and spawned an industry that has made Lyon the leader in state-of-the-art flood lighting displayed every evening with brilliantly floodlit buildings, and sights throughout the city. 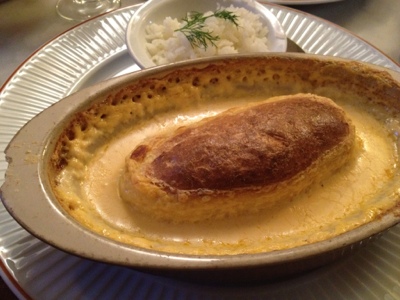 More than anything else, however, Lyon is renown for its gastronomy perhaps spurred on by chef Paul Bocuse who is considered to be the ambassador of modern French cuisine. There are two traditional dishes for which Lyon is famous — Salade Lyonnaise and Quenelles. They are typically served at bouchons — small bistros that used to serve the silk workers during Lyon’s silk producing heydays in the 1800’s. I set out to research the best (and most reasonable) place to try them out. It took a bit of time, but I eventually found Café du Soleil whose owner is reputed for producing some of the best quenelles in France and providing them to over 100 local restaurants including those of Paul Bocuse. The restaurant is located in the area of Old Lyon where ancient buildings line narrow cobblestoned streets. Small, warm, and welcoming, it is decorated in dark woods and sun-themed (soleil) paraphernalia. We ordered a menu that included a salad, main dish, and dessert for one price plus a pitchet (more or less the equivalent of a half carafe) of Beaujolais. We both chose the Salade Lyonnaise as the starter which consists of a variety of greens in a light vinaigrette accompanied by salty chunks of ham and crispy croutons and topped with a poached egg — delicious and really a meal in itself. For the main dish, we each chose a different type of quenelle — one fish and one chicken. These are large, oval-shaped dumplings made from flour, butter, eggs, and veal fat plus dried fish or chicken. They are poached and then served with a sauce similar to béchamel. At first taste, it is difficult to discern the exact flavors, but then it grows on you and becomes very “moreish”. They are extremely tasty but very filling — the best of comfort food on a cold day in Lyon as I can imagine there are many. For dessert, Norman enjoyed Île Flottante (floating island), one that is rapidly becoming his favorite — merengue floating on a vanilla custard with caramel sauce. My choice was two scoops of glacé (ice cream) — one lemon and one cassis. In the end, we were a bit stuffed but completely satisfied with an experience we could ONLY have in LYON.