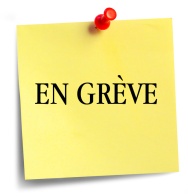 As we are rapidly approaching our “Tour 2016” departure, we have been catapulted into following French politics. Furtively watching the latest developments in the struggle between unions and government over recent labor law reforms, we are attempting to gain an understanding of the issues involved as they may adversely affect our plans. Since March, French unions have been en grève (on strike) lodging major protests against the reforms that have disrupted transportation and led to a shortage of fuel in some areas causing many people to become concerned about their travel plans.

The French have long been notorious for strikes and protests. They have always strongly exercised the right to defend their views and protect the French way of life. Since 2000, one of the prominent features of this lifestyle has been the controversial 35-hour workweek. It was enacted in an effort to reduce unemployment and the enhance the quality of life. The theory was that by reducing the work week from 39 to 35 hours, employers would be forced to hire additional workers thereby lowering France’s lingering 10% unemployment rate though this has never really panned out. Another coveted aspect of French employment is having a job for life. This is especially true for the 35% of the population employed by the government. It is virtually impossible to fire an employee. These two cornerstones are currently at stake.

The new bill, known as the “El Khomri Law” after Labor Minister Myriam El Khomri who introduced it, actually upholds the 35-hour workweek with provisions for increasing it to 48 or even 60 hours in exceptional situations such as a sudden boom in the demand for a company’s services or supplies. In these cases, employees would not be paid overtime but, instead, would receive compensation in the form of additional time off later on — what Americans refer to as “comp time”. Additionally, rules would be relaxed regarding layoffs and working at night from home. At the same time, part of the bill addresses the “right to disconnect” making it illegal for companies with 50 or more employees to send e-mail outside of regular work hours which is seen as having a negative effect on an employee’s health. This is a mere snapshot of the new law which is 588 pages long.

Union activists see the U.S. as an example of what they seek to avoid: a labor system with few legal protections and with no national law mandating paid vacation. This all began when the Reagan administration effectively shut down unions firing over 11,000 air-traffic controllers who were on strike in 1981. American unions haven’t had the same power since. There are lots of politics involved behind the scenes in France not dissimilar to the left to right swing currently taking place in U.S. presidential elections.

Much of the furor over the latest proposals is due not so much to the content but to the fact that Prime Minister, Manuel Valls, pushed the legislation through to the assembly without a vote. He says he is determined not to back down against the unions as the government has traditionally done in the past. He is also confident that CGT union chief, Philippe Martinez, will not hold France hostage with the upcoming Euro 2016 soccer championship hosted this year by France which begins on June 10th. The CGT (General Confederation of Labor) is the largest trade union in France in terms of votes and second largest in membership, therefore, rendering it most powerful. Union leaders are counting on this event to be the tipping point as well. It seems we have two high stakes poker players sitting at the table holding the same cards. It will be interesting to see how this plays out over the next two weeks. Please stay tuned!

Side note: If you’d like to expand your French strike vocabulary, this is a great illustrated article published recently by Americans in France.