We exchanged our Córdoba casita for a top floor apartment in Madrid’s upscale Salamanca neighborhood, the family home of our host, Rosa. Unfortunately, she was not able to greet us in person as she spends part of the year in Florida and had not arrived in Spain for the season yet. My disappointment stems from the fact that since I first made the reservation last August, Rosa and I have become friends – pen pals of sorts – regularly exchanging e-mails and learning about each other’s lives. I was excited to have a Spanish friend again, especially one who knew my country as well as her own and had been looking forward to meeting her.

The major focus of our stay in Madrid was to tour several art museums – a paseo del arte (art walk) which was the name of the triple museum pass I purchased in advance. Most famous are those located within the “Golden Triangle of Art” – all within easy walking distance of each other though we could have done with some slightly cooler temperatures. When it’s in the 90’s and climbing, an art museum is a great place to be. You can be guaranteed of air conditioning for the artwork if not for you.

On the first day, we started off at the Thyssen Bornemisza, the newest museum which opened in 1992. This museum houses an immense and varied private collection that was once the second largest in the world. There were so many works of art here that we really appreciated, it was impossible to choose which one we wanted to take home — a game I always play. However, unlike the following two museums, there was no prohibition to photography here so we were able to come away with some nice “souvenirs”.

After a break in the museum café for a bite to eat, we felt like we were on a roll so we bravely headed over to El Prado, the Spanish national art museum which is primarily dedicated to Spanish art from the 12th to 20th century. The collection is overwhelmingly vast with notables being the works of Goya, El Greco, and Velásquez. While the Thyssen provided endless variety expressing a multitude of emotions, for me the Prado exuded a certain sameness from room to room with a repetition of religious and political themes in dark colors evoking even darker feelings. The one salvation was the opportunity to see Velásquez’s most famous painting, “Las Meninas”. Displayed in its own special space, one of the particular attractions of this very large work is the clever way in which the artist painted it. We see Velásquez standing behind a canvas looking out at us as he paints the portrait of the king’s daughter attended by her handmaids (las meninas) and an assortment of other characters. In addition, we see the reflection in a mirror of her parents as they look on at the proceedings. This painting has been thoroughly critiqued and analyzed over the years so there are many interpretations as is always the case with great art. In the end, it is whatever the viewer chooses to see. 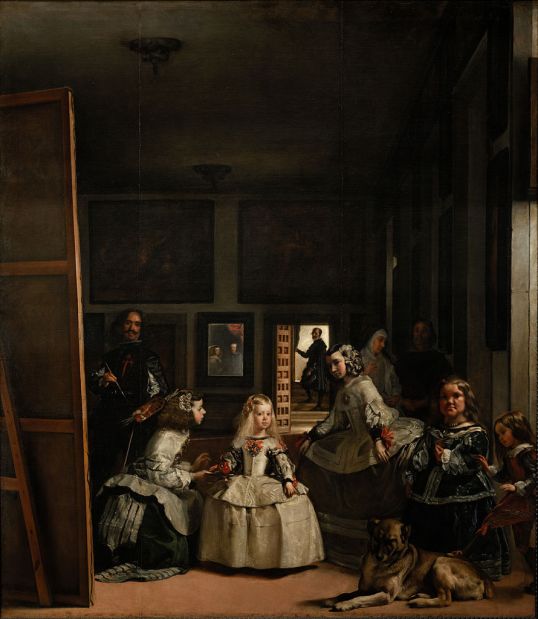 Day Two, time for more art… but first a stop at the oldest and possibly best pastry shop in all of Madrid, La Mallorquina, conveniently situated near our metro exit in the Puerta del Sol location of kilometer zero, literally the center of Spain. What a selection! The secret here is to feast your eyes on the delectable offerings downstairs and then head upstairs to order with table service and a great view of the plaza. 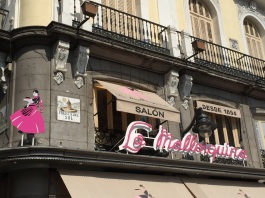 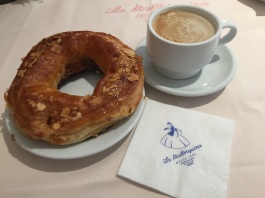 Once we were plied with enough caffeine and sugar, we were ready to take on the Museo Reina Sofía which houses an impressive collection of 20th century modern art. While this genre is not usually my preference, surprisingly I found a number of works to my liking here. The central motive for this visit was to view one of the most important pieces of art in this collection, Picasso’s “Guernica” — the painter’s graphic portrayal of the horrific massacre of an entire Basque village by the Germans (with the support of Spanish General Franco) during the Spanish Civil War. We arrived early to avoid the crowds and I was able to spend some time quietly contemplating this historically and politically significant work. Informed by the reading I have been doing about this period in Spanish history, it was a very moving experience for me.

Norman has been an avid jazz fan and musician all his life and has introduced me to the jazz world over the many years we have been together. When we travel, we always look out for ways to connect to the jazz community. This time we hit the jackpot discovering that one of our most favorite musicians, Paquita d’Rivera, would be playing at a small local venue during our stay. So on a warm Monday evening in Madrid we set out for Club Clamores for a 10:30 PM concert. It was a very intimate club hidden away downstairs in a fairly residential neighborhood. We have seen Paquito on a couple of other occasions that were excellent but this was by far the best concert ever. Perhaps it was because Paquito, Cuban by birth, was playing to a truly Latin audience and was more at ease in his element. This was definitely the highlight of our stay especially for Norman. 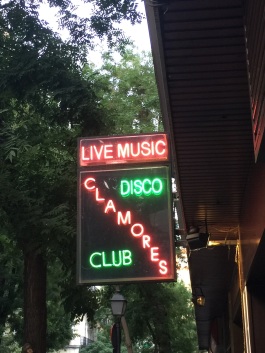 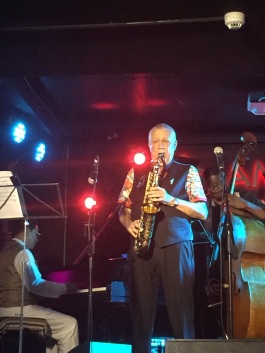 Last but never least in this city and only because we ran out of days and needed just one more little dose of art, we decided to make a short trip to a museum that Rosa recommended to us… the Museo Sorolla. This museum was originally the artist’s home — one of the few lucky ones who had enough money for a very comfortable life and was able to spend all of his time painting. This is a small, very relaxing place to enjoy some interesting works of art with impressionist leanings. 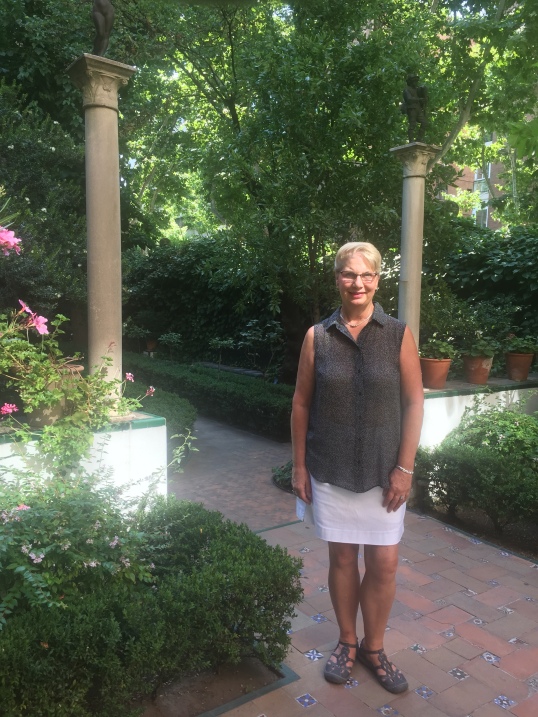 Patio of the Museo Sorolla

Happily, I was able to locate another Corte Inglés not far away so we could have lunch. Of course, I did have an ulterior motive. This time I wanted to do some shopping. I just happened to notice a display of some beautiful scarves (one of my favorite accessories) through the cafeteria window. So, of course, I had to check them out. Luckily, it is the season of rebajas (sales) and they turned out to be rather affordable. Even better, I discovered the scarves were all done by Galician designer Roberto Verino making them true Spanish souvenirs. Art in fashion – a piece I could really take home and a perfect way to end our Paseo del Arte in Madrid. 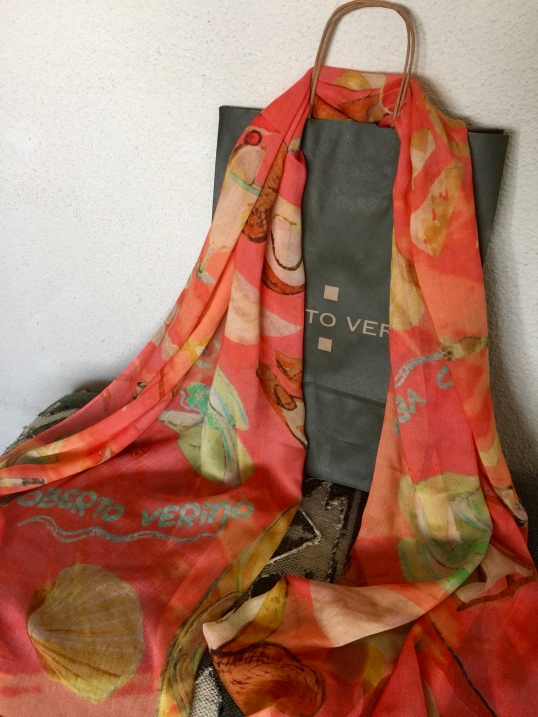