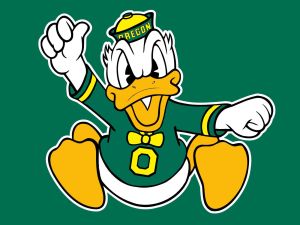 And the adventure continues! You just never know what will appear around the next bend. As it happens, I’m going back to work. Wait! What? I’m retired, aren’t I?

When we moved to Eugene two years ago, four of my former middle school students were attending college at the University of Oregon. I kept in touch with them while they were here and it was really a lot of fun to see where they were going in life. Eisa was the last to leave. A few weeks ago, she finished her Masters in Education and was ready to head off to Washington to begin the first job of her career. Before she left, I invited her for a drink and we chatted about what she had accomplished and what she hoped to do. It’s wonderful to know that there are still people who are excited to take on the challenge of teaching these days.

The following day, Eisa was speaking to her favorite professor who mentioned that she had a position to fill in her research project. Given the parameters, Eisa felt like I would be a good fit and recommended me to her professor. She introduced us via e-mail. Mind you… this is my 25-year old former middle school student giving me a job recommendation. Think about that! Suddenly that resume I never thought I would ever need again became important and I knew I had to dig it out and update it. Since I didn’t need this job and, truthfully, wasn’t planning to go back to work, I wasn’t too stressed, but I did want to get it right. I forwarded my resume to the professor and received a call from her the next day which resulted in a job offer. At this point, I was rather shocked and amused because it just didn’t seem real. This is a small state and the University of Oregon is literally its highest academic institution. It would be quite an honor to be even a small part of it!

The research project involves developing a progress and monitoring assessment tool for preschoolers in Spanish similar to one that is already being used in English. I know, I know… this doesn’t sound too exciting to most people, but I was ecstatic to learn that bilingual education was alive and well again! This was right up my alley. Bilingual education was the inspiration for my career choice. During my 40 years in teaching, I worked through every iteration of it including the period when it was basically forbidden. This opportunity would allow me to come full circle and return to the root of my motivation for becoming a teacher.

While I do not possess the advanced degrees that almost everyone connected to this project has, I do have some invaluable qualifications which I never really thought would be recognized. Forty years of practical classroom experience, the environment for which the assessment tool is designed, has given me the ability to communicate effectively with school district staff, parents, and students participating in the project. In addition to that, being fluent in Spanish and knowledgeable about bilingual education provide significant advantages.

So, obviously, I accepted the offer and after jumping through all the HR hoops for the past three weeks, I will finally get to set my foot in the office this week and get started. Yes, I even get an office! Even though I was originally told I could do most of the work from home, I am pretty excited about the office aspect. My official title is Project Coordinator. I really have no idea exactly what I will be doing yet, but I’m pretty sure it will be challenging and interesting.

When the professor said, “You are exactly the person I was looking for”, I jokingly finished her sentence by saying “and can’t afford.” While they certainly cannot pay me what I’m worth within the constraints of a research grant, I believe the work is totally worth my time. I hope my contribution to the project will have a meaningful impact.

So that’s how I became a “Duck”. Since Oregon only has one professional sports team, the Portland Trailblazers, the majority of the population’s team spirit falls on the University of Oregon Ducks. Most often when you hear the word “Oregon”, people are referring to the team or the school, not the state. Duck Fever is extremely high and completely pervasive even far beyond Eugene. Evidence of it is everywhere from decals, license plate frames, and “Duckwear” to homes and businesses painted in UO’s bold green and yellow colors.

Well, now I guess it’s time for me to get to work. All I can say is…