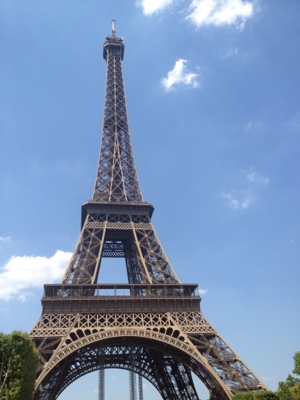 Well, after seven weeks of traveling throughout France, we have fulfilled a long sought dream. To visit and learn about most of the major regions in this amazing country and to experience it not as tourists, but as pseudo incognito French. Our goal was not to pretend to be French but instead to blend in as much as we could and visit sites and locations that were out of the way from heavily touristed areas.

The one thing that I must say about our adventure is that, wherever we went, we were mostly with French people and even though my French language skills are minimal, we were always treated with courtesy and respect. Not once were we dismissed or rudely treated. We were always met with a greeting. Our questions were always answered with patience and understanding. All it took to get someone to try to help us was an effort on our part to say in French a few simple sentences that let them know that our French was limited. Even if they couldn’t speak English, they made an effort to help you anyway.

One of the benefits of being in a country for such a long time is that in the native language, you start to hear what you weren’t able to before. Words that were difficult to understand suddenly form into sentences and while you might not be able to respond in the way that you would like to, you begin to understand what is being said.

One of the interesting things that we learned about the language was that like many other countries’ languages, there are variations and accents. The further we traveled south, the more regional the language became. In some places like Perigord, we heard Oc which is an ancient regional language still spoken there. In the Basque region, we heard Basque, a unique language with no ties to any other language. In Paris, we were delighted to listen to the beautiful soft sing-song lilt of a young lady helping us at a boulangerie and the difference between the Parisians saying “oui” (wee) and southerners saying “ouie” (way) for “yes”.

Although I have studied French on and off for longer than I care to admit, French is still very challenging. Some of the difficulty is due to the grammar but most of the difficultly is in the pronunciation. The nasal “r” is the most difficult sound of all. It is somewhere between the Spanish “r” and pronouncing the Spanish “r” while pinching your nose closed therefore creating the “r” sound from the back of your throat and your sinuses. Another challenge is to understand that many words that are spelled very differently have the same pronunciation. In English it is the equivalent to pronouncing “C”, “see”, “sea”.

After seven short weeks of speaking and listening to French on a daily basis, I certainly have improved my language skills considerably. You can learn a language better when you are totally immersed in it. It does take an effort, however. At times it is tiring, and I long to take a break from it. 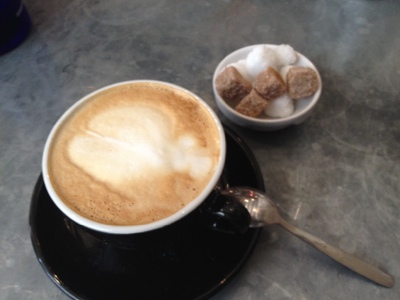 This afternoon Cheryl and I went to Saint-Germain-des-Pres in central Paris because she wanted to go shopping. If you aren’t familiar with this area of Paris, it is well known for its exclusive shops and many restaurants and cafes including the most famous one, Les Deux Margots, where many artists and writers of the past spent much of their time. This is our last weekend in France and just a few days before August. Paris is beginning to empty out (as the entire country goes on vacation in August). Those Parisians that are left are either preparing to leave or cannot go on vacation. In some instances, the service you get when you are out can be affected by this fact. Since we didn’t have breakfast we decided to drop into a cafe and get a pastry and something to drink. After waiting for quite a while to be waited on, I ran into a syndrome that I call the “you’re not here and neither am I” syndrome. This is manifested when you have a waiter/waitress that isn’t listening to you and whose mind is elsewhere on vacation. Wanting to order a pastry it took several attempts to get the waitress to focus enough in order to get the items that I wanted. Before I got the chance to put in my order, a young Frenchman next to me was having the same trouble. He had to repeat himself several times in order make himself understood. And he spoke perfect French! The waitress I had even admitted to me that she was distracted because she was thinking about her vacation. It seems that our timing to return home will work out just fine since we will have enjoyed the best time to have toured France.